This is the third entry in a series reviewing popular logos in hopes of uncovering what makes them so effective. The goal is to generate a solid understanding of design principles and better articulate our craft using “plain English.”

The story behind this mark has been told one hundred times, but it’s a good one. According to Penguin.com, Founder Allen Lane sought to create “a collection of quality, attractive books affordable enough to be bought as easily and casually as a pack of cigarettes.” Early on, the team decided they needed a mark that conveyed this goal… something “dignified but flippant.”

Management sent a young employee, Edward Young, to the London Zoo for some sketches. He returned with a variety of penguin sketches, one in particular hit home. This lovable character has adorned every book Penguin has printed since 1937.

If you’d like to learn more, Bloomberg.com published a nice piece about the logo written by Belinda Lanks.

In the simplest sense, the Penguin Random House logo depicts a black and white penguin, head turned sideways and watching the reader. In many applications, his body is centered within an orange oval outlined by a black stroke.

Using a penguin for the original design was an inspired choice. Lane hoped his books would be widely available and appeal to the masses. And really, what animal dances the line between humor and intensity like a penguin? He’s pudgy and uncoordinated out of water. You can tell by the way he’s drawn that he wobbles when he walks. And yet – he stands before us on steady feet, wearing his tuxedo with an air of quiet confidence.

His lines are softened by round edges and this delivers a kind and affable first impression. He faces his audience in a naturally open stance, welcoming new readers but with his head cocked as if viewing the world through curious eyes… it’s wonderful.

In 2003, Penguin hired design-powerhouse Pentagram for some refinement. They squared up his feet, thickened lines for better legibility, and put the penguin on a diet. Each decision was made with concrete reasons to help the brand succeed in “real world” environments.

Here’s what Julia Sagar of Pentagram explained regarding his physique: “a 15 per cent thinner bird enables him to be made considerably bigger on the spine of a 100pg paperback.”

Good designers are always watching for stuff like that.

Penguins are black and white, so it’s not surprising to see the bird drawn this way. For me, it speaks to the tradition of the industry. Penguin was new to publishing but would still make a reliable partner in business. This is mimicked by the black stroke around the oval – badges and shields are common elements for legacy brands.

The orange enclosure seems a nod to the consumer. It communicates the warmth, energy, and fun they’ll find on the pages to come. It’s not a color often used in commerce and that simply adds to its shelf presence.

Color plays a different role with the publisher that you might not know. To make things easier on the consumer, the color of each Penguin cover indicates the kind of book you’re about to pick up.

The Penguin Random House name is spelled out in slab serif lettering. The slabs enhance readability and have been used in virtually every long-standing publication history has ever known. Psychology suggests that when reading long lines of text, the slabs naturally guide the eye from one word to the next. I’m guessing this choice is intended to replicate what readers will find when they open the book.

Wide, equally proportioned letters are recognizable with a full set of ascenders (d) and descenders (g). These are visual clues that help readers tell similar characters apart in a short glance. The type is think and creates contrast between the company name and the strong visual mark that often accompanies it (the penguin, of course).

It would be foolish to believe that the quality of this logo has carried the brand to the top of their industry. But think about the role it does play… can you recall any other publisher’s mark without wandering over to your bookcase? A good logo comes to stand for your company’s principles – and it can help guide impressions until your product quality speaks for itself.

They had a clear idea of the kind of business they wanted to build, and they sought to find a mark that would convey their ideals. Getting it right on the first try doesn’t often happen, but it’s the goal we all ought to shoot for. Proper consideration and planning makes success far more likely. 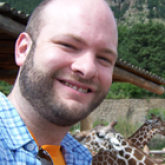